An elegant back end and integration solution to support South African consumers and DMASA members.

The Direct Marketing Association of Southern Africa (DMASA) is a non-profit company dedicated to the protection and development of the Interactive and Direct Marketing Industry. Their mission is to create an environment that fosters the responsible growth of interactive and direct marketing in South Africa. As such they host the DNC (do not contact) registry where consumers can opt out of direct marketing channels, and their Members can validate their data against this database to be fully compliant.

"The ease of which Warewolf interfaces to SQL server and leverages Windows security protocols took away a lot of the usual problems a developer has when combining many different technologies for a solution. Whenever there was a change required to the initial spec, it was so quick and easy to do. When the API had to be available to the public it was a breeze thanks to Warewolf’s easy to use security settings tab. I have never had so much fun developing a solution and really love how easy Warewolf has made it." 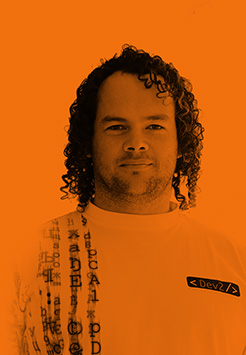 The DMASA needed to upgrade and rewrite the existing DNC system where members were able to upload their data to check if any of it was on the DNC list. The existing system was out of date and only allowed members to validate manually via a website upload. They wanted to include the ability to validate via SFTP as well as an API. The full system also required a new web interface for consumers, members and administrators, with an underlying system to run validatons, handle billing and member credits and return the validated data.

Although there was a high level requirements document, the final scope of the system was undefined and the best way to ground this was through an agile approach. The developers would need to be able to easily make changes to functionality, while still delivering on project milestones within the agreed time frame – a big ask without risking the quality of the final application.

Furthermore, the system needed to be incredibly secure and fully compliant with the Protection of Personal Information Act (POPI). This added a level of complexity in terms of migrating existing members and users onto the new system without compromising any data.

After winning the tender to build the system for the DMASA, Dev2 recommended the use of Warewolf for the core processing and back end of the system. Although Warewolf was not able to be used for the website front end, it was an ideal tool to sit at the integration layer, and interface with the DNC database.

Development of the system was both quick and agile. As the true scope of the project unravelled, the team were able to adapt quickly to changing requirements and continue to reach project milestones during the development phase.

Because of the flexibility and quick development turnaround with Warewolf, the team were able to deliver and implement the project well within the deadline. DMASA were able to migrate their existing members to the new system with very little noise, as well as offer more clients the ability to validate via SFTP, and use the API for the first time.

For data protection reasons, the DNC system is hosted on Microsoft Azure. The team were able to use spin up an Azure VM with Warewolf as well as host the site in Azure.

The system was developed, tested and ready for implementation within the given deadline when the old system would be switched off. The DMASA were able to go on a strong marketing drive to add to their member base because the new system could now support more load on the database and was flexible in its hardware requirements because of Azure.

New and existing members were able to simplify their validation process by using the API and SFTP methods which freed them up to focus on their core business. Furthermore, the new system was now fully POPI compliant and Member’s login was properly encrypted for added security.

Additional features as part of a phase two implementation will soon be underway, with Warewolf as the core backend.

Simply fill in your details below and we'll send all the important Warewolf news when it happens.