A simple Warewolf automation to increase customer retention and lifetime value will deliver an additional $8 000 000 to company profits.

Since starting in 1994 with a team of five, The Unlimited has strived to “make a difference” to its clients. Now the direct marketing and financial services company has over 600 000 customers, and Deloitte has awarded the business its “Best Company to Work For” three years in a row.

IT was not truly enabling business outside of mission critical work, and software development was just taking too long. After selecting Warewolf, IT and business were able to collaborate better, get work done significantly faster and be more agile. Here’s what they accomplished:

"We previously never had the ability to test 3 different campaigns with 8 messages. It was too complicated to manage at a manual, human level. After using Warewolf we have seen a massive reduction in development time, and it’s so simple to make changes as we learn new things."

Bradley Reeksting,
Head of Product Development at The Unlimited 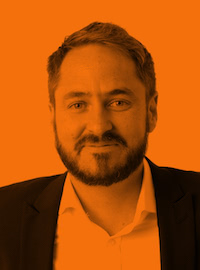 For the team responsible for maximising the customer retentions and lifetime value at The Unlimited, maintaining and testing communication campaigns had become a massive bottleneck. Full-time, dedicated resources were spending their time manually monitoring and setting up campaigns, analysis and small tests. They were not able to spend their time improving processes and moving the business forward in the most effective way.

Once a customer campaign had been manually tested, it could be briefed into IT to get automated triggers built. This could take anywhere between 3 – 4 weeks, in which time the tests had evolved and the triggers needed to be updated already.

Because of these challenges, the IP was not being systemised, but rather existed in individuals’ heads. This did not allow for any kind of agility or continuity. Instead it meant a big dependence and risk sitting with a few key players.

The team needed a much better and more agile way of testing and delivering on their commitment to shareholders. Using Warewolf was the obvious choice after the massive win when the Customer Care team automated a simple process. The team wanted to be able to spend 90% of their time on design and improvement, rather than manually running tests.

Warewolf was used to map out the customers journey for the first 30 days to ensure the right data and communications got to them based on certain milestones. It was built to be easy to change and tweak as new information was learned. Warewolf integrated the front end systems with the dialler system in a way that didn’t require manual intervention once the process was started.

In less than three weeks from first approaching IT, the team launched their completed, live solution.

The fully tested and implemented solution was delivered in just 73 man hours, 373% faster than the estimated time to deliver under traditional development, with an immediate effect of a full time resource freed up to add value in other areas of the business.

In human resource costs alone, to have manually rolled out these processes across all products would cost over $350 000 over 3 years, without the same level of accuracy, flexibility and systemization of IP.

The Unlimited are currently rolling out further testing and phases of the system to maximise value to their customers, while at the same time adding value to their shareholders.

"The simplicity and agility of Warewolf has changed how we do business. Over time, processes can be owned by the business rather than IT. It’s not often that as an executive you can understand the IT component. With Warewolf the process is visual and business can then improve it. It is unbelievably simple."

Brett Fuller,
CEO of Customer at The Unlimited 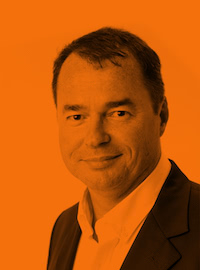 Simply fill in your details below and we'll send all the important Warewolf news when it happens.