Merging workflows in Warewolf allows multiple developers to work on the same workflow and make changes which can later be easily and efficiently merged.

The Merge tool takes two workflows with the same resource ID and finds the conflicts between them. You can then select the changes which should be kept. These can be changes made to tools, connected states or the workflow name.

It shows the workflow that you are currently working on and the difference between your current workflow and a previous version.

You will easily be able to see if there are conflicts between the workflows and make a decision on what you want to keep or resolve. 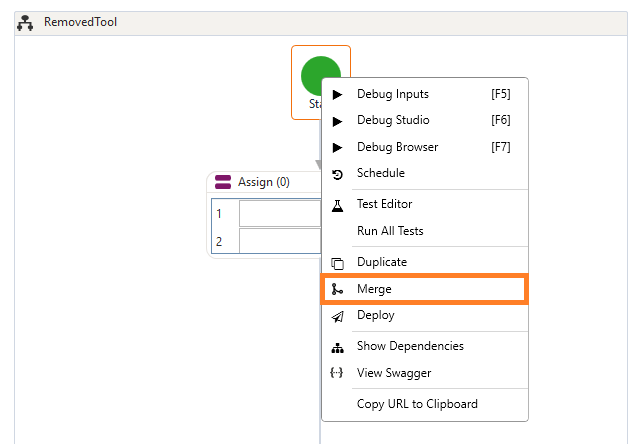 2. The Merge Versions popup will appear. The previous version will automatically be selected if there is only one. If there is more than one version, select the version by clicking on the version number and then click Merge. 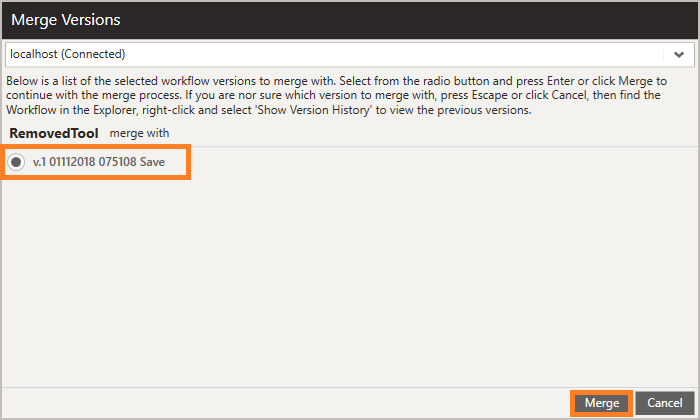 3. The Merge tab will open showing your [current] version and the previous version which you saved [v.1].  Your current version will be shown on the design surface on the right and as you make changes they will be reflected here. 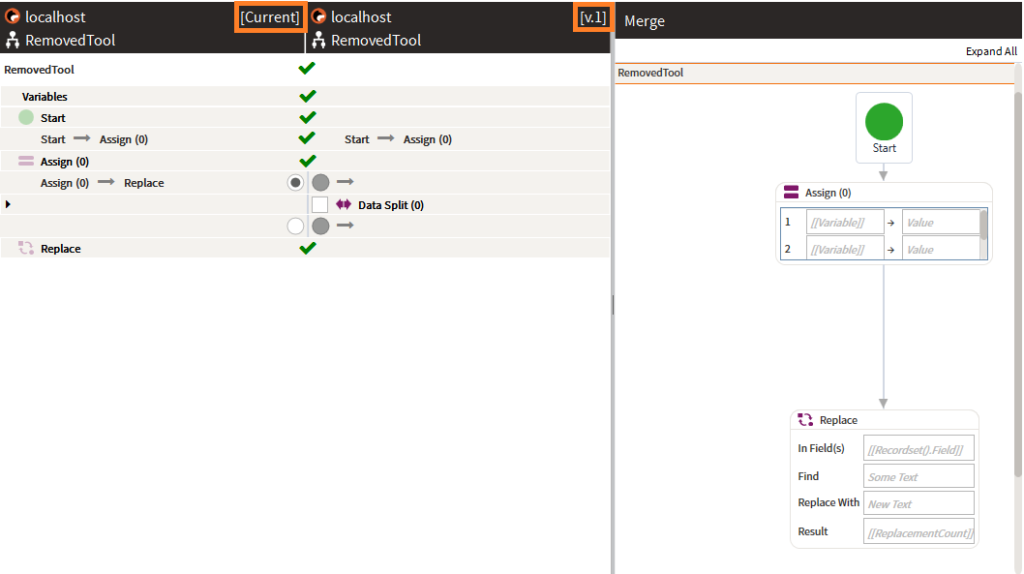 If there are no conflicts between the versions, a green tick will be displayed. If there are conflicts, you will be able to choose which changes you would like to keep by selecting the relevant radio button or check boxes for the conflict. 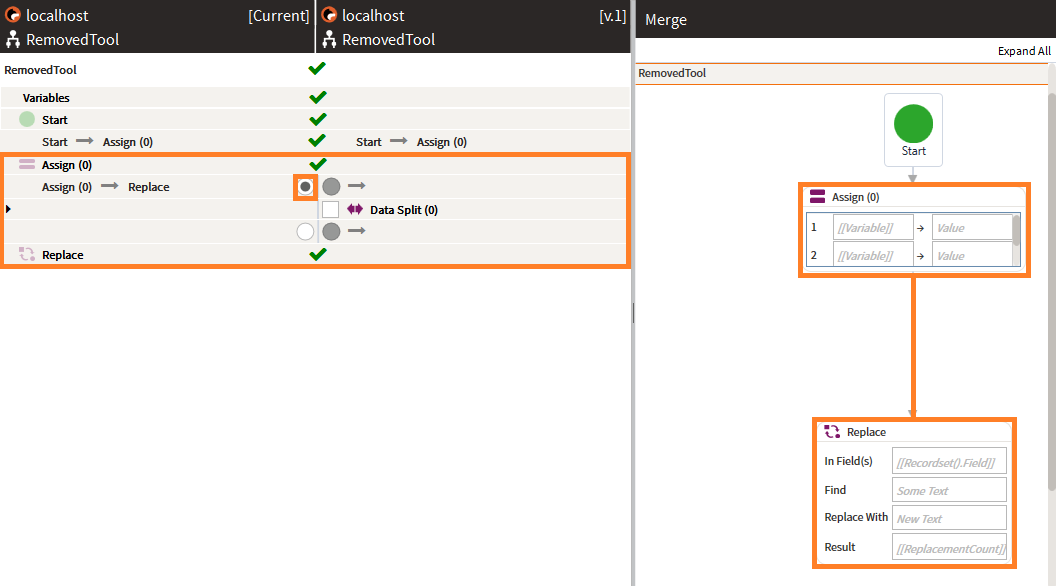 5. Selecting the Data Split tool will add it to the workflow. As seen in the image below, the Data Split tool is not connected to any of the other tools and sits above the connection of the Assign Tool and the Replace Tool. The connectors will need to be changed accordingly in the next step. 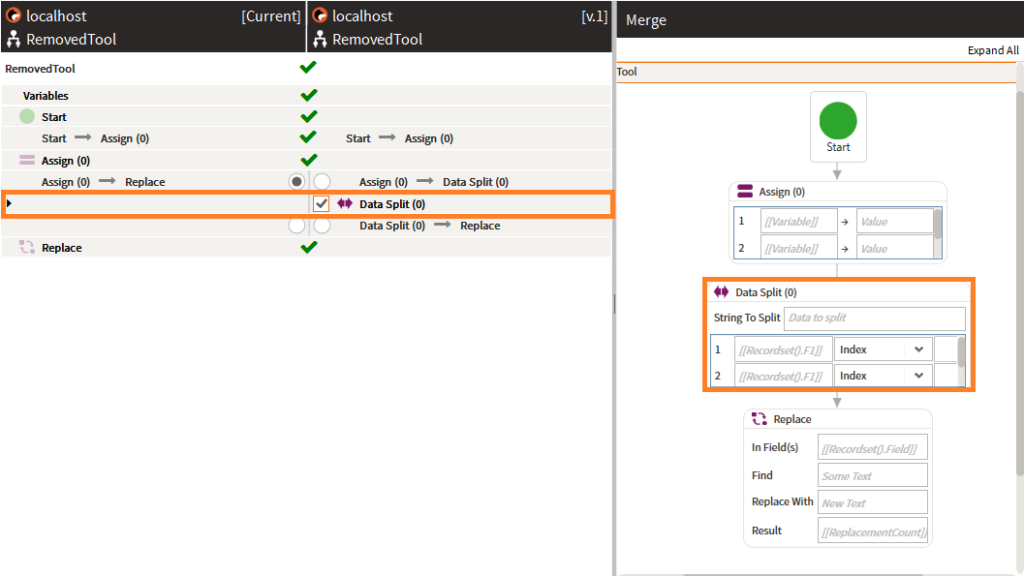 6. To connect the Assign tool to the Data Split tool, click on the respective radio button. You can see the connector arrow appear on the design surface. 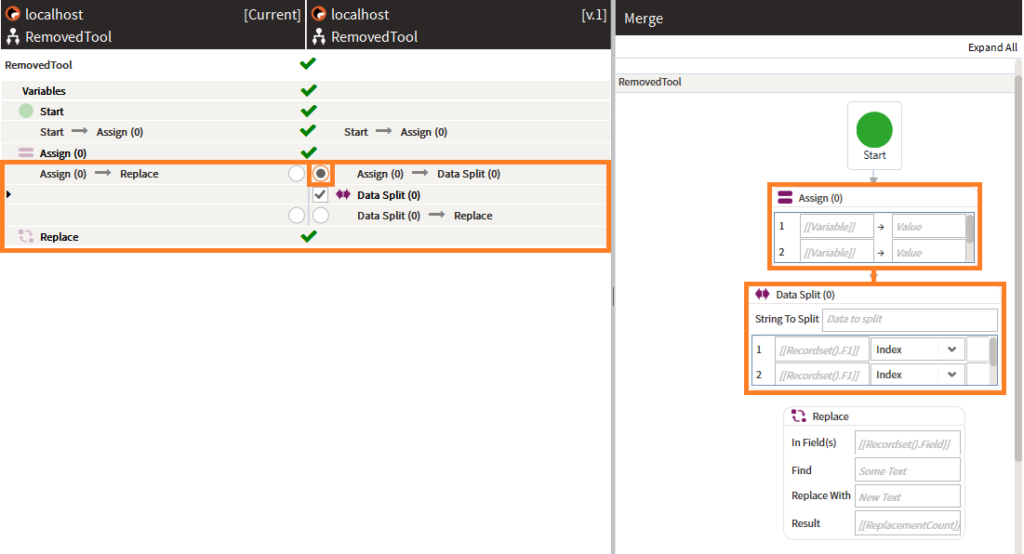 7. To connect the Data Split tool to the Replace tool, click on the respective radio button in the list. The connector arrow will now appear on the design surface 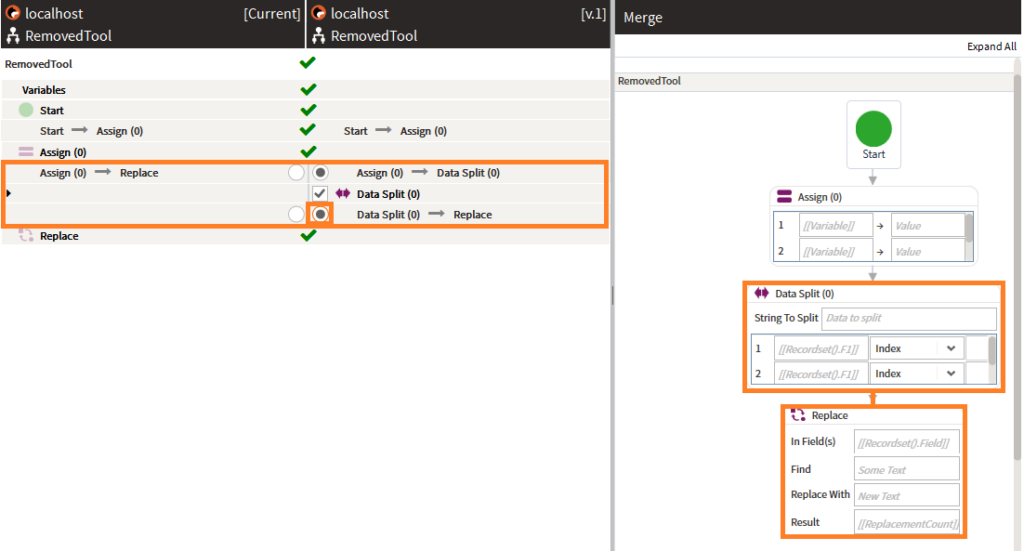 8. It is important to check that your connector flow is correct before saving the merge. To save the changes you have made in the Merge, click Save. The new workflow will open in a new tab and the saved merge will be shown as a merged version in the Explorer. 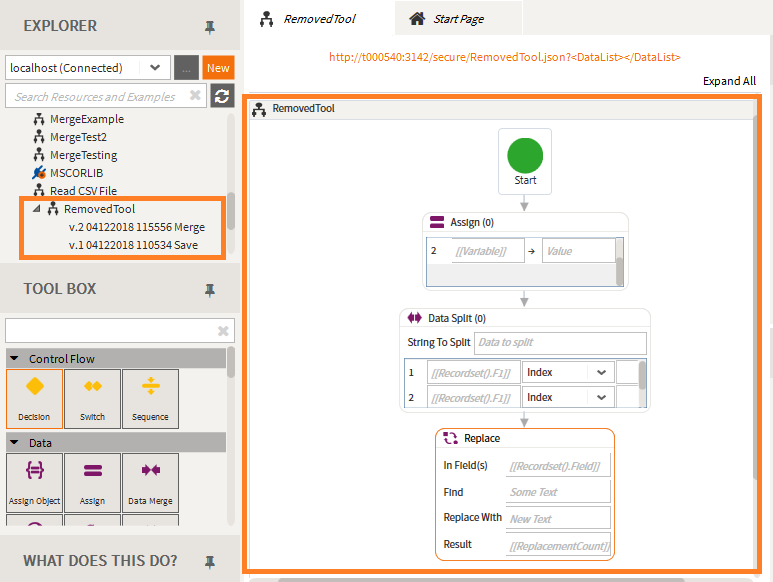 Was this article helpful?

Write a review on G2 Crowd